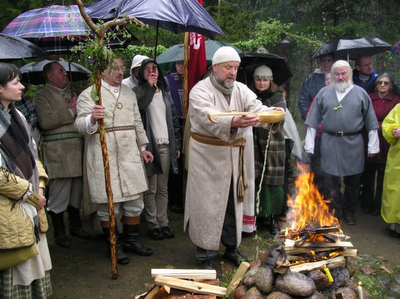 
….. Is a celebration I thought people knew about, but now I realize that people don't know very much about the Solstice celebration.  Baltic solstice is wonderfully representative of a typical solstice;  a plain, down home, good-hearted celebration anyone should be able to embrace. From the book, Ancient Wisdom, I want to quote what the authors wrote about it.  ”Winter Solstice became Christmas in the Christian calendar. In Lithuania and Latvia, preparations for the winter solstice starts, in one example, when a cherry twig is placed in water, so that the twig sprouts roots in time for the Winter Solstice, December 21st,  symbolizing the hope of new life to come.

“On Solstice eve, candles are lit and a table is prepared with bread, salt and 13 different vegetarian foods. These include grain and peas, beans, nuts and honey. Before the ceremonies, quarrels are worked out.

The celebration begins when the evening star appears in the sky. The eldest person says an invocation to the earth mother and bread is broken. There is also a feast of cranberry jelly, hot beet soup, mushroom dumplings, cabbage and fish. No meat or dairy products may be eaten, and at the end of the feast, grains are poured on the hearth and a log representing the old year is burned. 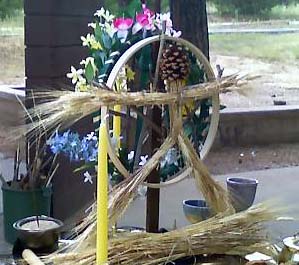 “In nearby Poland, Solstice is similar. Evergreen boughs are cut and brought into the house to be decorated with apples, nuts and ornaments of straw or paper such as a five or eight point star. Sheaves of wheat decorate the corners of the home to ensure a bountiful harvest in the coming year.  Fires and lights are allowed to go out. As the day turns to dusk, the youngest child performs the czuwac, or star watch, and stands at the window to watch for the evening star to signal the start of the festivities. Then a Yule log is consecrated and lit, and then a candle is lit in the czuwac window, and then in all the windows of the house."

“Bread and drink are passed around, followed by 13 meatless dishes, and a flat wafer bread called Oplatka, the bread of love. The sharing of Oplatka bread symbolizes forgiving of past wrongs and a new beginning. Herbs are thrown on the fire to make smoke patterns and candle wax is dripped into glasses of cold water. The patterns and shapes of hardened wax could be interpreted with the help of the village babci or grandmother, an elderly wise woman, or tsarowinica; a witch”  From Ancient Wisdom 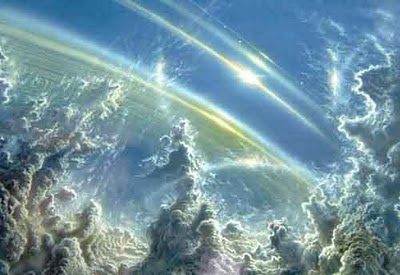 I have a blue candle burning as I write this, and so I poured the hot wax into a glass of cold water to check out this tradition. I lifted it out with a fork and when I turned it upside down, it looked exactly like the clouds of eternity I had on page 1 of the book I was working on . The clouds of eternity , as I call them, looks like the path to the Veles (Heaven) when we are between the worlds.   (s e e  picture above)
The Tsarowinica would probably find some positive viewpoint with that coincidence, a confirmation of my undertaking.


Were the pagans so bad then?  Christians eat a bloated turkey grown in cruel conditions, use tinsel on a plastic tree, and spend a long season trying to buy just the right gift. Let’s face it, most of the Christian Christmas ends up in the landfill, while Solstice fills the heart.
Romuvans in Lithuania are reviving more of these old traditions, and who can blame them when it’s so easy to reject our modern commercial Christmas and the empty social vacuum created by Industrial Society. This celebration sounds cheaper too; cranberries, nuts, sauerkraut, beets, turnips, potatoes, dried fruits; all symbolic of the foods you are storing to get through the winter in colder northern countries. A last hurrah for the harvest season before everyone needs to tighten their belts to survive the  winter.
Do you see what I am trying to say? Pagans in the Baltic area were building fire altars, kissing images of the Mother Earth and forgiving past wrongs, but the Christian propaganda machine has you visualizing goat horned demons and bizarre rituals. It’s just so sad and sick what has been done in the name of Jesus.


The simple pagan folk religion is harmless, respectful and exemplary and Lithuanians have mixed it with Catholicism in a complementary way.

It is believed that humans have a body, a soul and a veles which is the etheric part of us. After death, the soul returns to the divine, the body to the earth, but the etheric body continues to live in the Otherworld, the realm of the Veles.

"Romuva is an ethnic religious community living Baltic pagan traditions which survived in folklore and custom. This feature differs Romuva from neo-pagan religions, which are mostly based on mythology and written sources. Romuvans are celebrating traditional forms of art, retelling folklore, practicing traditional holidays, AND playing traditional music, along with ecological activism and stewarding sacred places.” WIKIPEDIA.

Ruling elites have never liked the pagans, and as Soviet communists became aware of Lithuanian pagans that were starting to outwardly practice their nature loving religion back in the 50’s, they were arrested, then sent to the Gulag. Paganism has always been this kind of threat, despite the basic earth loving nature of it.  The following is part of a poem from the Second World War from a Lithuanian soldier that echoed sentiments of these earth lovers. 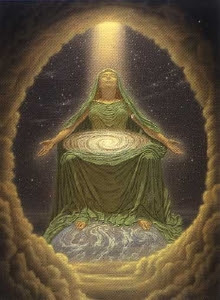 If I should not return
Let my brother sow the seed next spring,
As the moss shrouds my bones so will I enrich the soil.
One morning go into the field and take a rye stalk in your hand,
kiss it as you would your beloved
I will live on in the sheaves of grain.

“Lithuanian Paganism differs from American Neo-Paganism. Superficially, it dearly adheres to its ages-old traditions, which are not set in stone. Lithuanian Pagans adapt their traditions to their circumstances. They learn songs, practices, and the elements of ritual. Then they select the materials to create the appropriate ritual they need for the particular holiday each year. Everybody celebrates the same ritual, but everybody does it differently. What one group does this year, another group may have done a decade ago--- or a millennium ago." various sources

Quoting from the Mind-N-Magick Paganpedia,   ”Lithuanian religion does not have a founder or any single source, and it predates recorded history. It is one of the oldest religions in the world, it evolved from the natural and native beliefs of it’s indigenous people. The focal point of each Baltic Temple was an aukuras, the “fire altar”. The ritual is often held to commemorate special occasions, and is an essential component of many holidays. The aukuras is erected at a sacred site, usually outdoors. See picture at the top of the page.
A group of people leads the congregants in singing dainas –ancient spiritual hymns-as the fire is lit and the ritual progresses.” From the Book ‘Ancient Wisdom, “Baltic people are found in Lithuania and Latvia and share a common ancestry with Celts, Germans and Scandinavians. Balts are descended from people from the Caucasus Mountains near the Black Sea.” They brought their ancient traditions with them as they migrated north. As time went on Swedish Vikings attempted to settle the eastern Baltic Sea but settlements were “…short lived, destroyed by the Baltic tribes.”
These goddess believers were no sissies, driving away the Vikings when no one else could. On the other side of their land they were kept gold grubbing, sacred site smashing Christians at bay. These were tough people and many Lithuanians are proud of their pagan past.

An important concept in Baltic tradition is darna. The concept is similar to the Hindu dharma-moral order and principle. The aim of existence is to seek darna within our lives, within our home and within the community.” 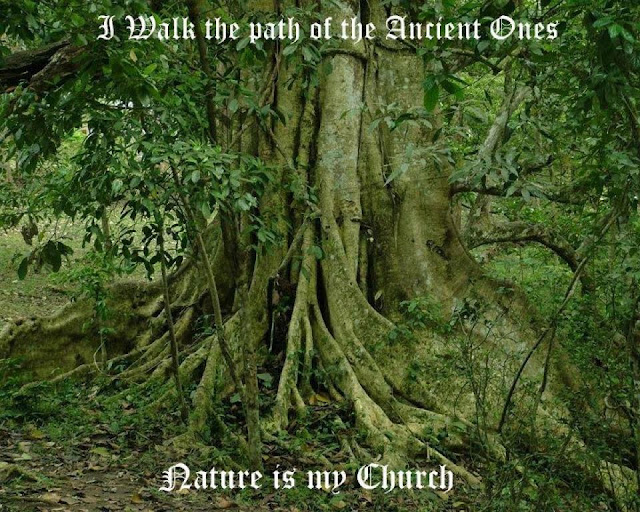 DO AS YE WILL


Do as ye will
The Wiccan AND Pagan code states, ‘DO AS YE WILL AND HARM NONE’, and I want to introduce a new angle to help advance our  thinking. What we buy is becoming more important and I’d like to show you how. Given the choice of a 20 dollar shirt from a company in Bangladesh that pays its workers five dollars a day or a 30 dollar shirt from Sweden, which should we choose? 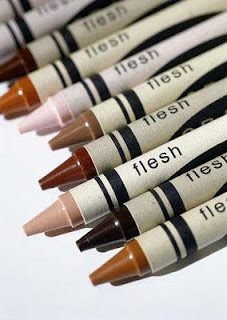 Take the example of Lucy in Bangladesh, she was taken out of school at the age of 9 to work in a sweatshop. Now at 19 her hands are so sore and worn out she doesn't know how she keeps going. Every waking minute is torture and she is unable to see the gift that life is. Like many working poor, she is vulnerable to Christianity and Islams message that it is okay to live with coercive authority because there will be rewards in heaven.
Back to that shirt: why would you want to pay ten dollars more to the Swedish manufacturer that treats its workers humanely with good pay and vacations, but whose job is threatened by Bangladeshi sweatshop workers who are the modern-day slaves? Why change now? It was our parents and grandparents purchases in the 60’s and 70’s that precipitated the exodus of clothing manufacturers from the United States. Buy the cheaper shirt and laugh, it’s their problem, but then it’s YOU that is helping to expand the sweatshop system that will eventually engulf us all and perpetuate a growing workplace tyranny.
Your grandchildren will look at you all misty-eyed and weary from another 14 hour day at the microchip factory and ask,” Why did your generation just lay down and die, Grandma? How were you so brainwashed that you couldn’t stand up to coercive authority and prevent the emergence of corporate theocratic fascism. What shortsighted idiots!”                                                        `
Pagans, I’m asking you to look a little deeper: do ye harm none when you buy that cheaper shirt?  Like it or not we are all loosely connected in the global marketplace and as poorly as Pagans have been treated, we need to see the billions that slave for our low prices today. Billions are suffering as the human population skyrockets out of control; women thrown into factories, men working in a near-death state in mines.
Lucy Thu in Bangladesh is so tired and disgusted that when shop mate Rosuh Rivutah loudly proclaims that they should start a union, her hopes rise briefly as she dreams of joy and happiness. If she could earn more she could buy a refrigerator and TV for the family and some rugs and maybe have children that wouldn’t starve to death.
The next morning Rosuh is found dead with the implied warning that if you fight the power you will die. Lucy’s despair deepens; it seems like the End of All Hope. UNION IS THE WORD WE DARE NOT SPEAK. The fact is that if there was a worldwide minimum wage of a dollar an hour, a pair of sneakers, for instance, would only increase from 70 to 75 dollars. Even though the workers wage has quadrupled the price only goes up 7% because most of the cost of the product goes to corpulent executives and their sickening greed along with the transportation costs and various  forms of white collar crime.
We have more products than we can manage and we can create dignity, comfort and happiness in the lives of the working poor in the next 20 years or continue to kowtow to the monied interests and the pitchfork wielding Christian and Islamic TERRORIST Mobs. It’s a sick evil greed that has made the lives of billions a hell on earth but the concern of right wing wackos and moral high ground hypocrites is gay rights and other contrived moral issues. 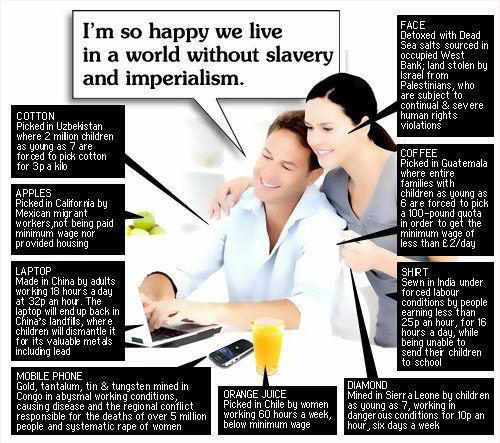 We need to be the teachers of this concept to others because most pagans understand this, right?
Posted by John A Almada at 8:28 AM No comments:

You heard it here first